Do you want to continue working?

2007 Study Finds the Concord Grape Belt Supports Over 1,900 jobs and Contributes Over $340 Million to the Regional Economy

A study conducted by the Lake Erie Concord Grape Belt Heritage Association, with assistance from Cornell University and Pennsylvania State University, confirms that grapes are an important founda­tion of the economies of Chautauqua County, New York, and Erie County, Pennsylvania. Each year, about 800 growers produce 150,000 tons or more of grapes on 30,000 acres of vineyards. Value added products like juices, jellies, and dozens of other products, are processed locally and sold across the United States and exported around the world. In addition, the local wine industry, including both growers and vintners, is undergoing rapid expansion and creating opportunities for increased destination-based tourism in the region.

This value-added chain has a substantial impact on the region’s economy. Based on survey and secondary data collected and processed using IMPLAN economic impact software, the researchers estimated that grape-related production activities (i.e., growing, processing and wineries) supported 1,923 jobs and contributed $340 million in total economic impact to the two-county economy in 2004. They estimated that total fruit and vegetable processing annually support 5,281 jobs and contributes over $1 billion to the two-county region by processors who became established here largely because of the grape industry.

Supported by some of the largest grape-juice and winery operations in the world and dozens of allied support businesses, the Lake Erie Concord Grape Belt is home to one of the largest fruit processing industry clusters in the eastern United States. The industry is the economic backbone of the towns and villages in the region, and contributes substantially to the economies of the two counties and states of the region.

The Lake Erie Concord Grape Belt has faced many challenges over its more than 200 year history. The industry has been and continues to be successful because of its strong infrastructure and ability to adapt to change. Cooperation among industry producers and processors, the development of leading edge technologies by Cornell and Penn State Universities, and the adoption of these technologies by producers, have all been major factors in the success of the industry. An example is the recent commitment of over $5 million by the state of New York to build a new research and extension education facility in the region. 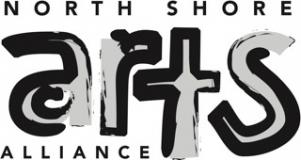